Are you ready to experience hunting a unique and  exotic animal that provides a great trophy? If so, you should consider hunting Corsican rams! Corsican rams are beautiful creatures that tend to have a dark coat with a white belly. However, what they’re most known for is their amazing horns which are either tightly curled or flared, and look great on the walls of any hunting room.

Tioga Boar Ranch offers year-round professionally guided Corsican ram hunts. That’s right; you can hunt for these beautiful creatures 7 days a week throughout the calendar year. We have decades of experience in providing hunts for Corsican rams, as we have hunted them for over 40 years!

Did you know mature Corsican rams can weigh upwards of 125lbs? Once mature rams reach at least a ¾ curl, we start hunting them. If you’re wondering what type of hunting weapon to use, you can use a hunting caliber rifle, muzzleloader, shotgun, pistol or bow. 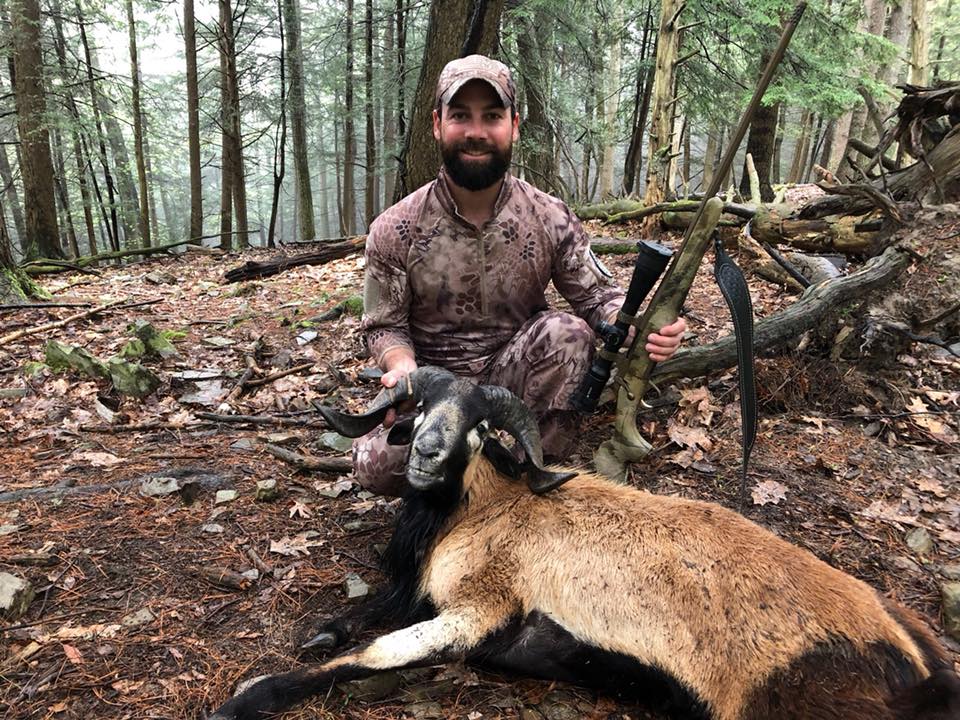 Included in the price: 1 Night Lodging, Meals, Skinning, and Quartering 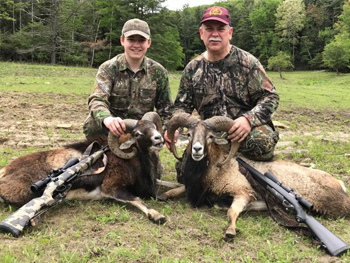 There are many reasons to consider taking a guided Corsican hunt, especially here in Tioga, Pennsylvania. Corsican rams are a challenging hunt, and patience and accurate shots will be rewarded when you stalk the rams, since they have great herding abilities. Due to the fact they tend to heard so quickly, the challenge for hunters is heightened, and makes this such a fun hunt, as it you have to patiently stalk your prey to make sure you are in position to take a great shot. They’re also known to have superior eyesight, which further increases makes it harder for hunters, and makes getting one all the more gratifying.

Rams are grazers who eat a great deal of grass, and they typically mate in later summer/early fall. Males tend to mature in under two years, while females take a little less time.

Other Reasons to Try Ram Hunts:

If you’re unsure of where you should schedule a guided Corsican ram hunt, look no further than Tioga Boar Hunting. We go above and beyond for our customers to provide them with an unforgettable hunting experience, and we have guided hunters of all ages and experience levels. Plus, if you’re staying in our hunting lodge, we’ll make you feel right at home!

To make a reservation or to inquire about guided corsican ram hunting trips in Pennsylvania at the Tioga Ranch, call us at 570-835-5341