When you’re booking exotic game hunting trips at Tioga Boar Hunting, you have the option of scheduling a hunt for several types of deer, including sika deer. Our sika deer hunts provide a truly one-of-a-kind experience. Notably, you won’t find many sika deer in the U.S. today since they’re native to Asia and found mostly in Japan these days. However, you can find them scattered around on our hunting preserve, which is one of the most expansive hunting preserves on the whole East Coast. 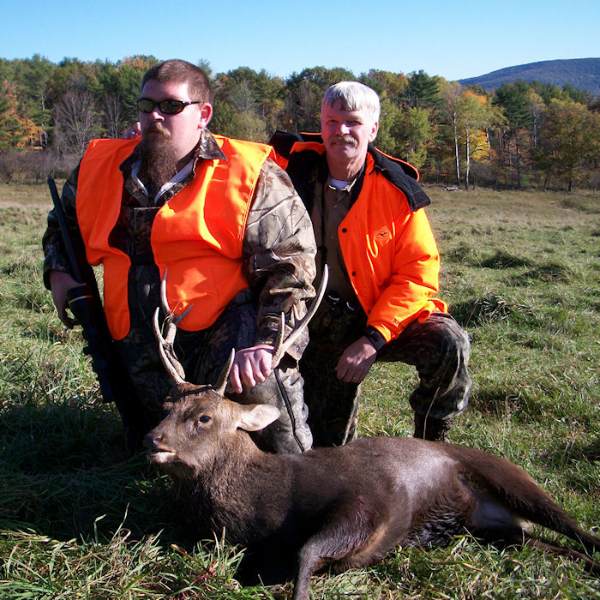 Pricing is dependent on the trophy quality 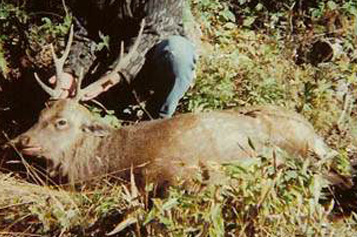 What’s It Like Going on a Guided Sika Deer Hunt?

If you’ve never gone on sika deer hunts before, you might be surprised by how challenging it can be to find one and take it down. Sika deer are on the smaller side and tend to congregate in areas that provide them with thick cover. As such, it is difficult to find sika deer in a place where you can take an optimal shot. The challenging aspects of the hunt make it that much more gratifying when you do get one!

Further, our guides will help make it easier when you come to our preserve for exotic game hunting trips. We will show you where to look for sika deer and provide you with tips and tricks to put you in position to bag one before the end of your trip. We can also assist you when it comes to skinning and butchering a sika deer if you’re lucky enough to land one.

Sika deer, which are also sometimes referred to as spotted deer or Japanese deer, originated in East Asia. They were once found in abundant numbers all the way from the Russian Far East to the northern part of Vietnam. Today, their population size has dwindled in many of these areas, but they’re still found in large numbers in Japan.

As you’ll see when you go on sika deer hunts with guides from Tioga Boar Hunting, sika deer are often smaller than other deer. Male sika deer weigh about 90 pounds, while female sika deer come in at just 70 pounds. Additionally, males have very narrow antlers as well as shaggy manes on their necks that set them apart from the other deer you’ll spot on exotic game hunting trips. These characteristics will appeal to many hunters who enjoy the challenge of trying to track down hard-to-find sika deer in the wild.

When you’re looking for guided sika deer hunts in Pennsylvania, look no further than the Tioga Hunting Ranch. Sika deer aren’t found on many hunting preserves in this day and age, but you can find them here.

Call Tioga Boar Hunting at 570-835-5341 to book one of our sika deer hunts. We can speak with you about what times of the year are best for the specific exotic game hunting trips that we offer to hunters from across the country.