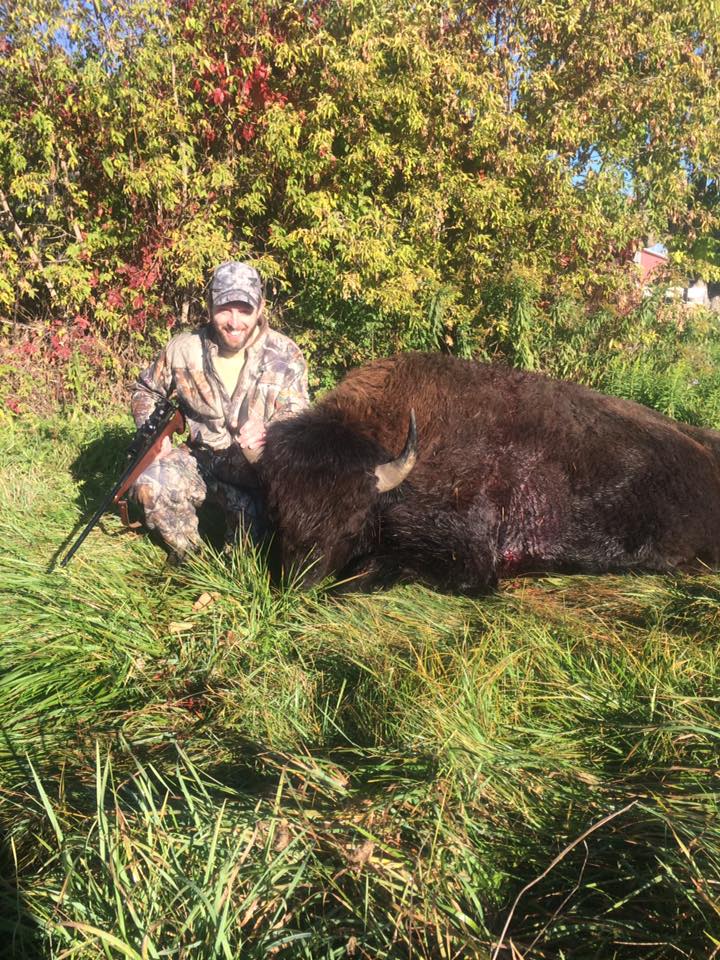 Once upon a time, there were more than 15 million buffalo living all across the U.S. That number eventually dwindled all the way down to right around 1,000.Today however, there are about 500,000 buffalo scattered across the country with many of them situated on private property. That makes it possible for those who have always dreamed about bagging a trophy bison to do it. Before you do, you should know what you’re getting yourself into. Here is a brief overview of hunting trophy bison.

Bison are large creatures (even larger than you thought!).

You’ve probably seen pictures of bison in the past, so you have a general idea of what they look like. They’re known for their chocolate brown bodies, their shaggy manes, their gigantic heads, and their sharp horns. Moreover, you’ll be blown away by just how big they are the first time you see one in person. They stand about 6-foot tall and often weigh upwards of 2,000 pounds. This makes them the biggest land animal in all North America.

But that doesn’t mean it’s easy to find them.

Since bison are so big, you might think that it would be easy to locate them during a hunt. But this isn’t always the case. While hunting bison isn’t nearly as challenging as hunting some other animals, they can cover a lot of ground in a seemingly short amount of time. It’s not uncommon for them to travel more than 20 miles in a matter of just days. This can make it tough for hunters to find them. The key is to look for signs of bison, like wet droppings and fresh tracks.

It’s also not always easy to bring them down.

Finding trophy bison during a hunt is only half the battle. You also need to be prepared to bring them down. You’ll need to practice almost perfect shot placement to take a bison down. You’ll also need to make sure you’re not too close or too far away from bison to get a great shot off. And of course, using the right gun and ammunition is also of the utmost importance. There is so much to consider before pulling the trigger and trying to bag a trophy bison.

At Tioga Boar Hunting, we can help you hunt North American bison at any time of the year. We can also provide you with the information you’ll need to enjoy a successful bison hunt. Call us at 570-835-5341 today to schedule a hunt or to ask any questions you might have.