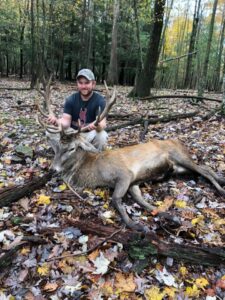 As a hunter, going red stag hunting is one of the hardest things that you’ll ever do. It doesn’t matter how successful you’ve been when it comes to whitetail deer hunting over the years. Red stag hunting will push you to your limits and show what you’re made out of over the course of a few days. Here are some of the variables you’ll need to keep in mind when you take a red stag hunting trip.

Red stag deer are known for having some of the most perceptive noses around. And if they get a single whiff of you while you’re stalking them, it’ll force you to start over from scratch. It’s incredibly important for you to understand the winds in a specific area before you begin hunting red stag deer. Even if the wind is blowing one way at the start of a hunt, it could very well change and ruin whatever plans you thought you had.

In the weeks and even months leading up to a red stag hunt, you’ll need to whip yourself into shape to ensure you’re able to keep up with red stag deer. They have lots of stamina and energy to spare, which means you’re going to need to be ready to move around a lot while chasing red stags. If you’re not, you might not be able to get anywhere close to bagging one of these majestic creatures.

It’s hard to put into words just how big some red stag deer can be. You might think, “If you’ve seen one deer, you’ve seen them all,” but that doesn’t apply to red stag! They’re so large that many hunters get overwhelmed when they start trying to line up a shot at one. Gather yourself while you’re hunting and be mentally prepared to deal with the size of red stag when you come close to one.

These are just a few of the variables you’ll need to keep in mind while on a red stag hunt. Tioga Boar Hunting can speak with you about the others and help you plan a red stag deer hunting trip. Call us at 570-835-5341 today to begin booking a hunt on our ranch.