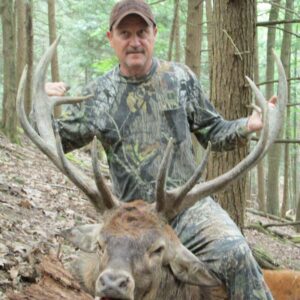 If you’ve seen one deer, you’ve seen them all, right? Not exactly! While there are many deer that look the same, we promise that you’ve never seen anything quite like red stag deer before. Unlike other deer, they have a reddish tint to their coats. They also have unique antlers that appear to form a “crown” of sorts near the top. Here are some interesting facts about red stag deer to help you familiarize yourself with them.

They have been around for a long time.

There are some fossil records out there that suggest red stag deer may have been roaming the earth 12 million years ago. Scientists aren’t 100 percent sure how they’ve stuck around for as long as they have. However, they do believe that back then, red stag deer were noticeably larger than they are in 2019.

You’ll usually know a red stag deer when you see one. As we mentioned earlier, they have red coats that are very beautiful. However, those coats can actually change colors throughout the year to give red stag deer a chance to blend in with their surroundings. During the wintertime, in particular, the coats on red stag deer will sometimes dull down to a grayish color. This is for their own protection as it allows them to hide in plain sight from predators and hunters.

They can have a lot of points on their antlers.

If you’ve never had the opportunity to hunt for red stag deer, it’s something that you should put on your bucket list ASAP. There is nothing quite like trying to bag a red stag deer from mid-August through November. Call Tioga Boar Hunting at 570-835-5341 today to reserve a red stag deer hunting trip.